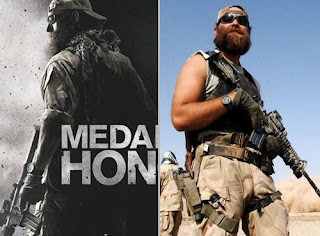 I think the sense of brotherhood we tried to instill in the game will appeal to military gamers. Especially in the last chapter. We tried to illustrate the lengths to which these men will go to for one another. I really hope military gamers see this as a giant “Thank you” letter. Because that is exactly what it is. There is a wonderful dedication at the end of the game. After the final curtain falls. It was a space we gave to our consultants to say whatever they wanted to say to their community. Not a single individual at EA touched it. We placed it on the screen as it was written by the guys and then Ramin wrote a score for it. This is the part of the game that I am most proud of. The Operators we worked with have given us so much. And I’m not even talking about their consultation on the game. They have sacrificed so much of their lives for so many years. They have taken part and directly influenced so many well known world events and yet will always remain the faceless warriors behind it. So this was a small tangible thing we could give back to them. A space for them to speak to a very large audience and say whatever they wanted to say. And they did. And it is absolutely beautiful.
From a Greg Goodrich interview.